Whether it is cruel words, punches or harassing emails or tweets, bullying has reached epidemic proportions.

Each day, an estimated 160,000 students stay home from school because they are afraid of being bullied, and 1 in every 4 students in middle and high school are bullied, according to national statistics. If you are a Lesbian, Gay, Bisexual or Transgender youth , or perceived to be gay, your odds of being bullied are much higher – 9 out of 10 students were bullied last year because of their perceived sexual orientation.

In addition:
1 in 5 students admit to being a bully or doing some bullying
56% of students have witnessed some type of bullying at school
71% of students report bullying as an on-going problem
Nearly 45% of kids have been bullied online and 20% of students admitted to cyberbullying others
Over 14% of high school students have considered suicide, and almost 7% of them attempted it
The Stand UP! Speak OUT! campaign increases awareness of the violence surrounding youth and young adults, and empowers students and Catawba Valley community members to take action by refusing to be bystanders. OUTright Youth and Stand UP! Speak OUT! help reach more students and parents who are coping with bullying on multiple levels, including physical, emotional, verbal and cyber bullying which is a major cause for increasing levels of teen suicide.

Bullying comes in many forms. We have specific helpful pages for different types of bullying. Find out more information below:

Are you or someone you know being bullied?

Have you or someone you know experienced LGBT based bullying, harassment, or discrimination in school?  Claim your rights! 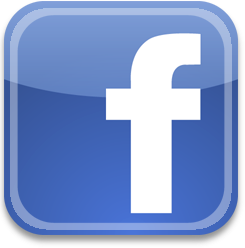